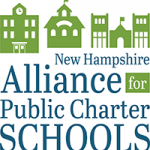 In his letter dated 12/18/19 Councilor Volinsky refers to $46 million dollars in federal grant funds awarded to the state for school districts and independent charter schools as a means to “undermine public education in our state”. In September 2017 Councilor Volinsky described public charter schools as a tool to advance the “extreme right’s agenda” (Monitor Forum, September 2017). These comments are outrageous and highly offensive to our teachers and students but given his history of attacks on public schools and his animosity toward the Commissioner of Education it is not surprising.

In the Councilor’s most recent letter he goes on to reference a set of unrealistic cost estimates from a poorly developed and incomplete study. Let’s be honest, these materials were created as a means to provide political cover for the legislative majority’s choice to reject $46 million in federal funding for public schools. This is a common tactic and one used by charter school opponents in 2014 at the behest of powerful special interest groups. At that time charter school opponents spread similarly ludicrous enrollment projections and history has shown those projections to be off by nearly 3,000 students!

As a practical matter the federal funding that the Councilor opposes would help to improve public education and increase options for those students who are most in need. Under the terms of the federal award, funding would be prioritized for programs seeking to serve New Hampshire’s economically and educationally disadvantaged students by awarding up to $1.5 million to school districts and independent charter schools seeking to serve these populations. Additional funding would be available for the expansion or replication of high-quality programs.

Two examples of programs seeking to expand are Ledyard Charter School and PACE Career Academy. Both schools serve high rates of economically and educationally disadvantaged students by offering an alternative public education option and increased social and emotional supports. These public schools are supported by their local school districts because districts understand the benefit that these schools provide for their students and the school district.

Teachers at Ledyard and PACE hope to serve a greater number of students in need however their dream is now captive to a political system which is dominated by special interest groups, distortions and manipulation.